Mark Vanhoenacker, I have a bone to pick with you

Your Slate article “Requiem: Classical music in America is dead” is poorly-researched, badly argued, and, well, wrong. There’s so much crap in it, the only way I can think to deal with it is line-by-line, so here we go:

When it comes to classical music and American culture, the fat lady hasn’t just sung. Brünnhilde has packed her bags and moved to Boca Raton.

From the outset you’re not saying it’s dying. You’re saying its done. Finished. We’re two sentences in and I can tell you, you’re not going to win this thing. END_OF_DOCUMENT_TOKEN_TO_BE_REPLACED

The Human Centipede of Music News

Anybody who has ever tried to take confectionary away from my children can tell you that “like taking candy from a baby” is a bad simile for something easy. They’re small, but those boys will take you down.

We begin with Friday’s Times, where Danielle De Niese gives an interview which might have started off about her performance in La Calisto at the Bayerische Saatsoper, but certainly ended up as an excuse to print a picture of her in a leopard print leotard, talking about wearing a leopard print leotard. Top marks to Jack Malvern for understanding the job of the modern arts correspondent.

END_OF_DOCUMENT_TOKEN_TO_BE_REPLACED

How to get screwed

My last listicle wasn’t unhelpful enough. They’re easy to write*, so I did another one. Here’s how to ensure that the contract you sign is a bad one. END_OF_DOCUMENT_TOKEN_TO_BE_REPLACED

These are the ten daftest things I’ve seen people try to insert into contracts over the last twelve months. I’ve translated them into English. END_OF_DOCUMENT_TOKEN_TO_BE_REPLACED

Q. Am I really wrong?

Q. Can you prove that I’m wrong?

Yes, but, you’ll have to agree in advance what proof looks like, otherwise you could just move the goalposts after the game.

Q. How come I have so much evidence that I’m right?

Q. How come so many people agree with me?

Q. They can’t all be wrong, can they?

Most people are wrong about most things most of the time. If there’s one remarkable discovery to be made in the study of science, religion and philosophy, it’s that being wrong about almost everything does people so little harm. The fact that every scientific discovery since the stone age has only doubled our life expectancy is a cutting indictment of the futility of knowledge in the face of ignorance.

Q. What about the evidence that I should be right?

Those are mostly just reasons why it’s embarrassing that you’re wrong.

Q. What about the mathematical proof that I’m probably right?

That just means we should have been momentarily surprised that you were wrong. Total denial is not called for.

Q. Why has nobody told me this before?

Given the way you’re acting now, it’s hard to imagine anybody feeling like you might be anything but completely receptive to information relating to your wrongness.

Q. So what? I’m supposed to completely rethink everything I thought I knew?

Well, bumbling blindly got you this far, and we wouldn’t be exploring all our options unless we at least considered elective ignorance. Eternal darkness loses some of its lustre once you embark upon it willingly, though, so perhaps you should take comfort in the knowledge that you’re probably wrong about all sorts of other things, too.

Musopen, I’ve got a bone to pick with you

My gripe is pretty simple:

You have a website dedicated to giving away music that is in the public domain. Some of the music on your website is not in the public domain. It belongs to people, who should be getting paid when it is downloaded. You have made almost no effort to prevent this, and you hide behind an absurd interpretation of a law you don’t understand in order to justify your continued inaction.

Let’s start with the public domain. Authors are entitled to copyright protection for a period of time, after which their work becomes free for anybody to reproduce. Copyright terms are a bit confusing, but if you want to know if something is free in the major markets, it works like this: 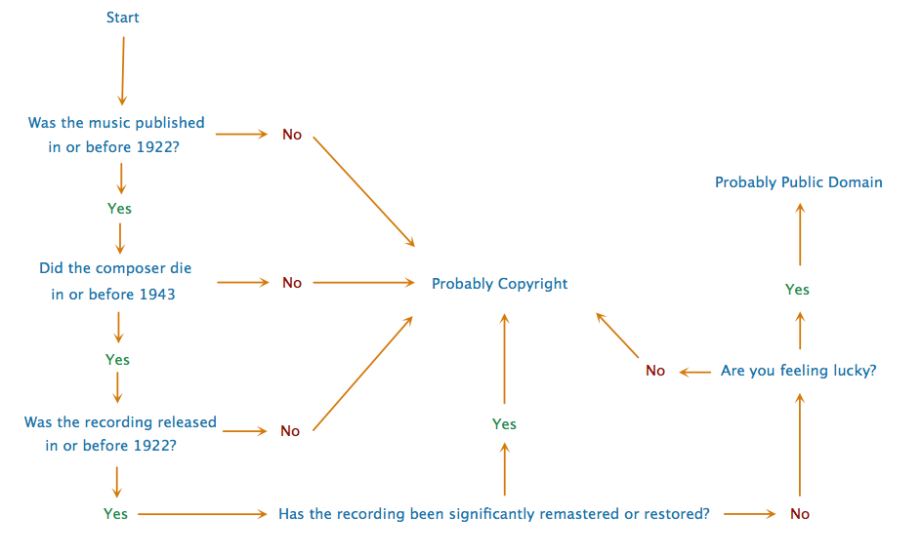 END_OF_DOCUMENT_TOKEN_TO_BE_REPLACED

I wrote an article for New Music Box about cover art last month. You can read it here. Or just skip the text and look at the silly illustrations.

I also wrote an opinion piece for Classical Music about giving away your masters. It’s not available on their website, so I’m including the text below. I’m sorry there aren’t any pictures… END_OF_DOCUMENT_TOKEN_TO_BE_REPLACED

I’m often astonished at the extent to which people who run record companies can be bad at maths.

Yesterday I sat in a meeting where it was suggested that the success of a promotion might be measured be checking the sales of the records in it before, during and after the promotion. It’s not a totally barmy approach, but without comparing the sales of the records in the promotion with sales of some other records over the same period, any increase or decrease might be the result of normal sales patterns or overall fluctuations in the market.

Still, that’s not nearly as daft as this thing I found today. The headline is “Which music services are growing, which are shrinking” which would make for a pretty interesting article if it actually told you the answer to that question.*

It’s not easy to measure this unless you sell music on these all the services** so the author has instead used Google Trends to find out which services people are searching for. In the medical world, this is known as a surrogate outcome. The thing you want to measure is difficult to measure, so you measure something related instead. It can go wrong.

The trouble is that a related variable isn’t necessarily strongly correlated to the outcome you care about. If you’re gong to use a surrogate like this, it’s a good idea to check if it’s really easy to find examples of it not working at all well. The examples below are literally the first things I searched for.

According to Google Trends, Steve Jobs was never more in demand than the day he died, and is still not as unpopular as  when he was alive (that last bit might be true).

Perhaps its fairer to compare Google Trends with a better-known indicator of company performance: share price. Here, Berkshire Hathaway’s search popularity has been in steady decline for the best part of a decade.

Don’t tell their shareholders that, though. According to the NYSE, business has never been better. 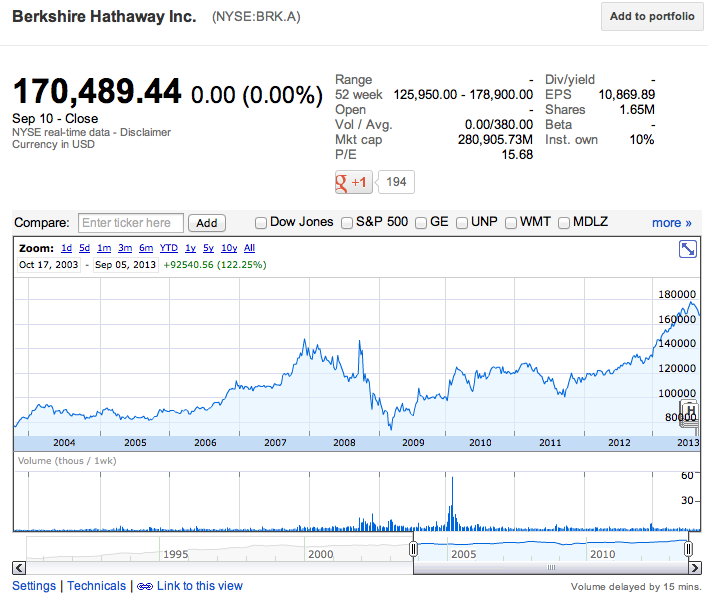 Meanwhile, at Yahoo, search interest hit a high plateau in 2010:

And the stock price is doing almost the exact opposite.

Pretty much the entire foundation of all scientific progress is to come up with an idea and then try to prove it wrong, because if you can’t prove it wrong, you might just be on to something. If the author had made even a cursory attempt to check how poorly search popularity was correlated with company performance, I think he might have offered a stronger disclaimer than:

“Of course, these search trends are not the same as having an actual measure of activity. Millions of people play music on Spotify or iTunes every day without performing a search. However, until we can get raw user numbers from every music service, this is probably about the closest we can get to understanding which services are growing and which are shrinking.”

When I wrote “almost everything you read about the state of the record industry is, at best, totally useless” this is just the sort of thing I was talking about.

* Perhaps I should avoid reading articles with questions in the headlines. If they ever answer the question, it’s because the answer is “probably not”. This is often the way with rhetorical questions.***

** If you don’t sell music, why do you even care which ones are growing?

*** And did those feet, in ancient time, walk upon England’s mountains green?**** And was the holy Lamb of God, On Englands pleasant pastures seen?**** And did the Countenance Divine, Shine forth upon our clouded hills?**** And was Jerusalem builded here, Among these dark Satanic Mills?****

I stumbled upon this Boulez/Deutsche Grammophon record this week. 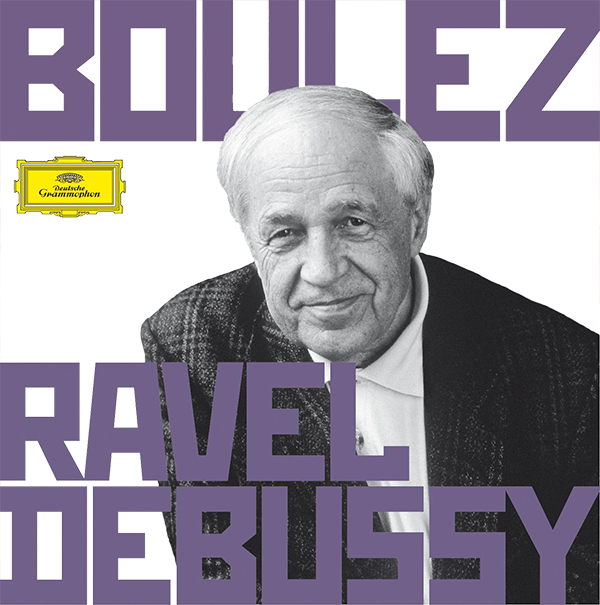 There’s something about it that seems a bit unfinished. Like they’d cut out the background to replace it with something cool, and then either got sidetracked or possibly ran out of time.

I wonder what they took out…

…and what they planned to put in.

I know what I’d have done.

The Times Higher Education Supplement and the Independent reported yesterday that the Royal Academy of Music enjoy’s the UK’s highest graduate employment rate at 100%.

There’s a small chance somebody might make a fairly important career decision (or at least spend £36,000) on the basis of this 100% figure (or perhaps on the basis of the Independent’s unambiguous advice “If you want to be employed after uni, study music”), and as these two respectable publications were apparently too busy to find out what it actually means, I thought I’d do it. It took 15 minutes. Here we go: END_OF_DOCUMENT_TOKEN_TO_BE_REPLACED