I saw this Qobuz ad on Facebook this morning. It has some issues. 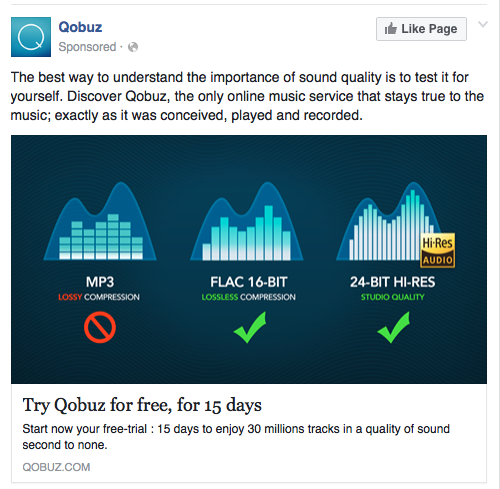 Bullshit with nice pictures and a semicolon is still bullshit. There might be good reasons to prefer Qobuz as a source of music, but this advert isn’t offering any of them.

Factcheck this advert, and what true statements are you left with? That they have “30 millions tracks”?

* Don’t like classical crossover? Get your daily fix of schadenfreude by seeing who ends up in Poundland’s classical selection.