Put it on ice. 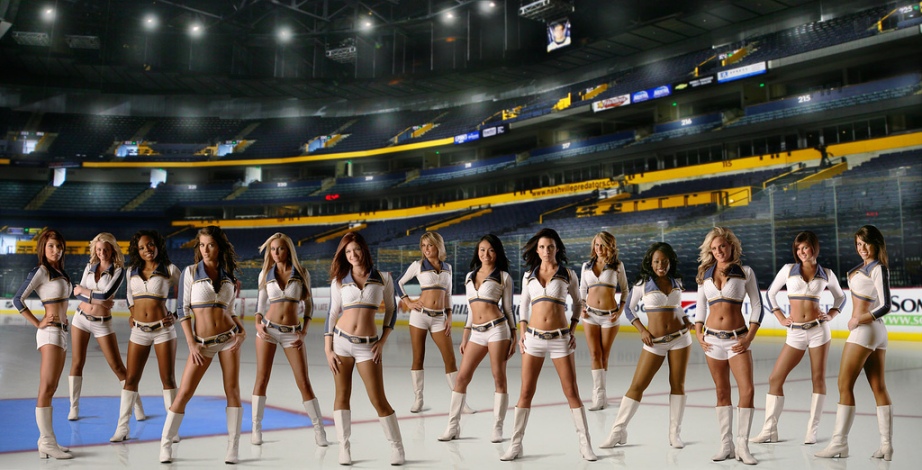 Last week I went to Nashville to learn about running a record company. My head is still spinning from all the stuff they told me about A&R, finance, corporate structure and marketing, but the highlight of the whole trip was watching an ice hockey game with two Canadian record executives and an American banker.

We found our seats, and while the banker went in search of a concession stand and the crowd hooted in derision at the visiting team’s lineup, the Canadians told me the rules: soccer on ice, but with weapons. The game would be in three periods, but as it’s a televised event, play would also stop for adverts. In a big city like Nashville, they explained, the Americans like to put on a show. There would be cheerleaders, they warned. That wouldn’t be allowed in Canada. It would be sacrilege, they told me, like dancing in Church or something.

Right on cue, the Nashville Predators Dancers hustled out onto the ice in their skimpy halloween-themed costumes to shake some seasonal booty. I don’t know that this matters, but they weren’t wearing ice skates. Apparently oblivious to the scene, the American banker sat down beside me with some popcorn.

“So,” he said, “what’s the news in classical music these days?”

“Well,” I replied, “we spend a lot of time arguing about when it’s appropriate to clap.”