What do Scientologists, consultants and rehab have in common? 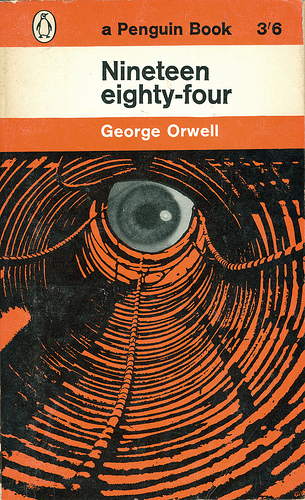 About a month ago, I sat in a management training seminar as a fat man in a sweaty shirt and an unspeakably gawdy Rolex trotted out the most amazing string of made-up words I’ve ever heard. As the buzzwords rolled, I remembered two things from my college days:

2) As a postgraduate student with time to kill, I filled out a Scientology questionnaire and got the hard sell on Dianetics. I was encouraged to read L Ron Hubbard’s book on the subject, which begins by explaining that you can’t learn if you skip over words you don’t understand, and then promptly introduces a great many new words. The definitions of these words depend both upon each other and upon some assertions that deserve to be questioned. After about ten pages, you can’t separate what you always knew from what you just read, and skepticism is completely overpowered by confusion.

Messing with the language is a way of tricking your mind into accepting as fact something that you can’t, won’t, or shouldn’t think through. 12-step programs, diets, sports teams, the armed forces and almost all religious and social cults develop their own vocabularies. It’s not necessarily a negative thing – some people need their minds reprogrammed – but we ought to be aware of it for what it is.

That’s why I’m wary of anybody that feels they have a concept so original that it cannot be communicated with any of the million or so words already in the English language.

When we use “analytics” do we means statistics or analysis? Those are two different things. You might want to ask if they’re being confused because the person talking doesn’t understand the difference, because they don’t want you to think about it, or because they don’t care.

When we use “leverage” as a verb and not as a noun, we don’t just make a mockery of Newtonian physics. We also imply a cause-and-effect relationship where one doesn’t necessarily exist.

When we use “paradigm” as if it meant “situation” we don’t just commit a careless act of violence on a beautiful (and amazingly resilient) language. We also suggest that conventional wisdom does not apply here and can’t be used to challenge our ideas.

When we add “unexpect” to the vocabulary, we casually sidestep the question of exactly who ought to be surprising whom.

When we casually drop the term “alt classical” we confuse a type of music with the way in which it is presented, treating a performance of Bach in nightclub as if it were somehow the same thing as a DJ spinning at a concert hall, when the two are opposites in several important regards.

I don’t dislike buzzwords because they’re ugly gimmicks that come in and out of fashion like bad haircuts. I dislike them because they hide woolly logic the way that dark corners hide cockroaches.